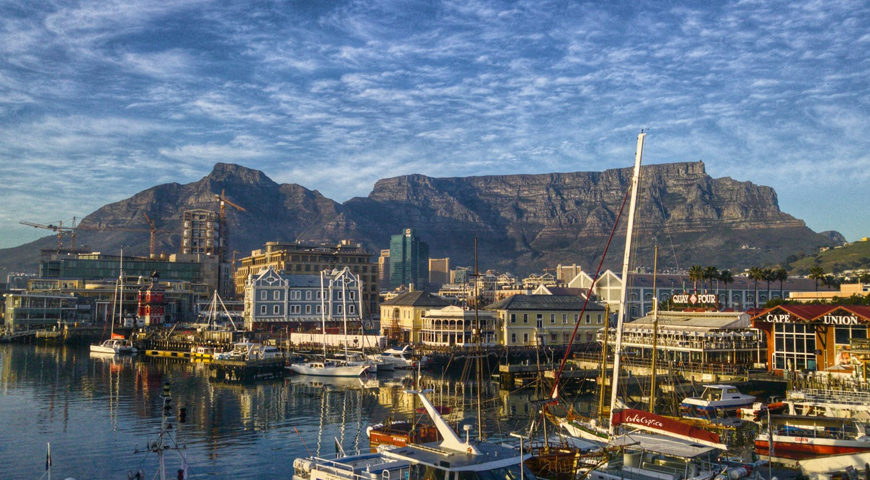 Internationally regarded as one of the most beautiful cities in the world, Cape Town – known as the Mother City – offers a wide variety of activities for every type of traveller – young and old, adrenaline junkies, or those simply looking for a relaxing time away from the hustle and bustle.

Let’s explore the top five places you should visit while in Cape Town. 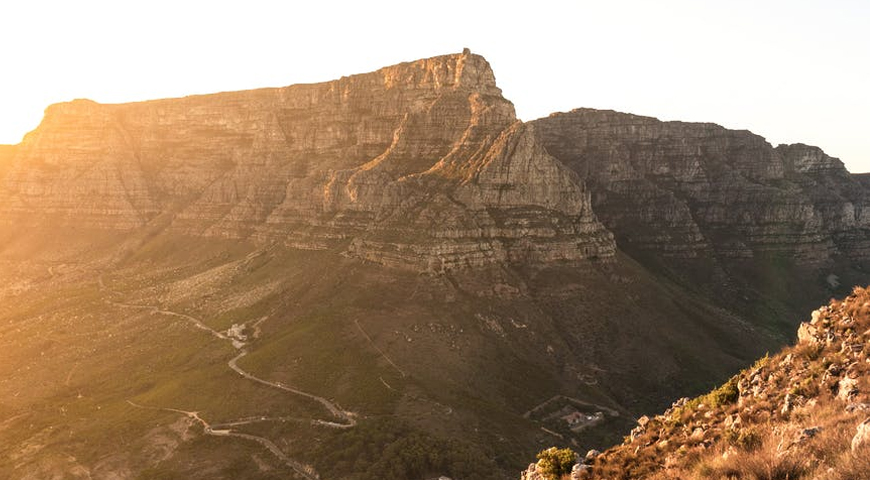 Whether it’s covered in a blanket of clouds or showcasing its splendour against the blue sky, majestic Table Mountain is always a picturesque sight.

Capetonians are extremely fond of their mountain that vigilantly watches over the lively city. In 2011, the popular mountain was voted one of the New Seven Wonders of the World and is home to an abundant variety of fauna and flora.

With Devil’s Peak and Lion’s Head on either side, Table Mountain covers the northern area of the Cape Fold Mountain range. The distinctive flat surface of the mountain was previously the bottom of a valley. Hard to imagine, right?

Also known as Taboa do Cabo (Table of the Cape), named by António de Saldanha after he climbed the mountain in 1503 via Platteklip Gorge – one of the most popular routes.

According to legend, the clouds which pour over the mountain when the south eastern wind blows, is the result of an ongoing smoking contest between a retired sea captain, Jan van Hunks, and the devil.

Table Mountain is also well-known for its rich biodiversity. The mountain is home to over 1470 plant species, many of them endemic to the area. 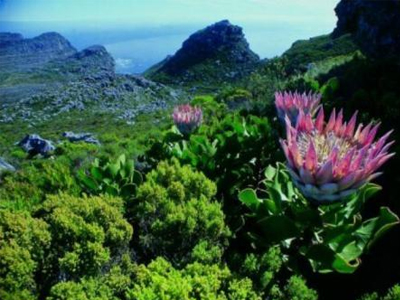 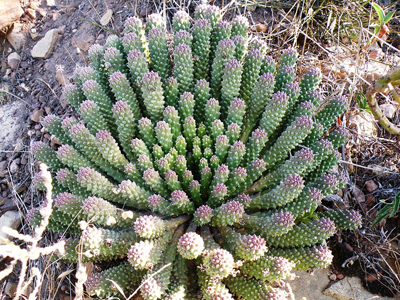 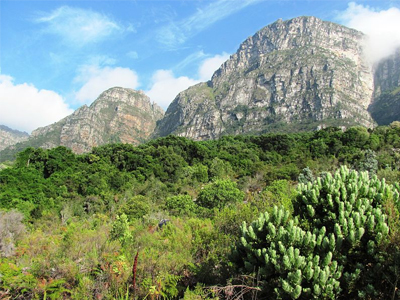 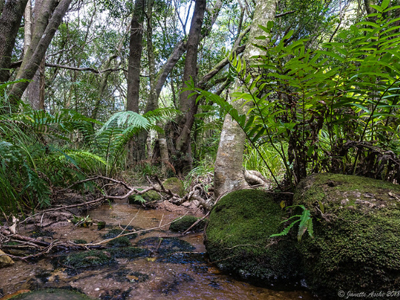 Leopards haven’t roamed the mountain since 1920, and the biggest cat you will see on the mountain if you are lucky enough, is the rooikat or caracal.
Table Mountain also abounds with smaller animals such as Dassies or Rock Hyrax, snakes, porcupines, tortoises, and mongooses. You might also spot a rare amphibian – the Table Mountain Ghost Frog.

You will also come across birds of prey such as booted eagles, rock kestrels, African harrier-hawks, and peregrine falcons. 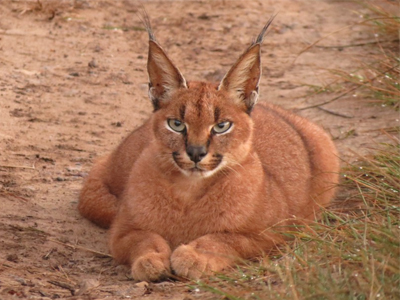 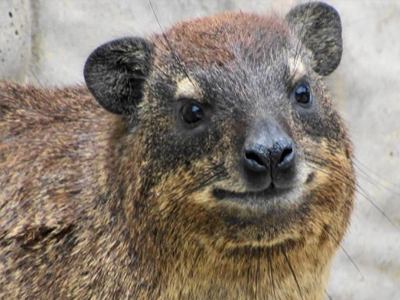 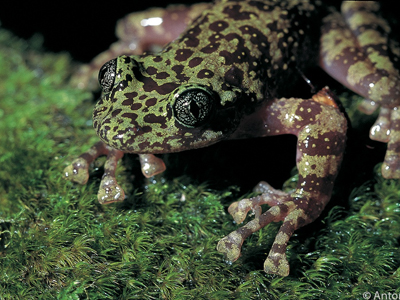 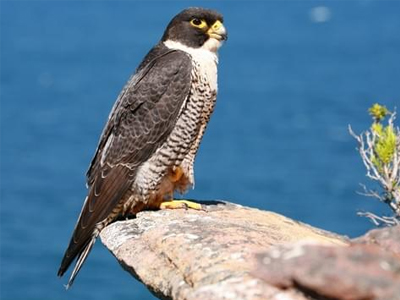 Getting to the top of the mountain

Visitors can get to the top of the mountain via the cableway or hiking the various routes available.

Platteklip Gorge
One of the most popular routes, Platteklip Gorge ascends the middle of the main table. The hike should take between one and three hours depending on your fitness level.

India Venster (Indian Window)
This is another route to follow, but keep in mind it’s a bit more tricky. You’ll be doing more climbing than walking in most places. The route should take about two to four hours to hike.

Kasteelspoort
Kasteelspoort is by far the easiest route to hike, and offers amazing views of Camps Bay.

Long Routes
Interested in a longer route? Nursery Ravine and Skeleton Gorge are your two options. Both routes start in the Kirstenbosch Botanical Garden. 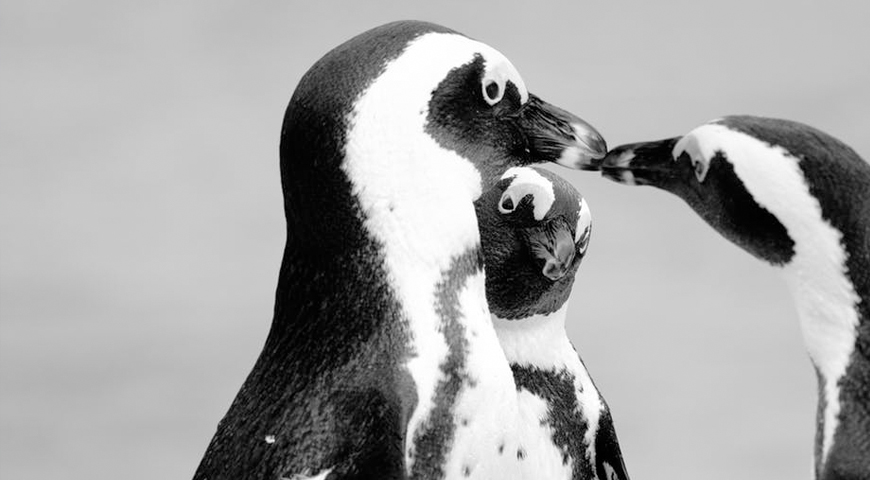 The beach is sheltered by large granite boulders, hence the name Boulders Beach. The beach is located in the Cape Peninsula – near Simon’s Town and towards Cape Point, which is near Cape Town, Western Cape. Boulders Beach is also commonly known as Boulders Bay and is one of the most visited beaches in South Africa.

In 1982, a few African Penguins settled on the beach between the boulders seeking protection from the wind and strong waves of the ocean. Since then, the population has grown to an estimated 2000 to 3000 birds.

Unfortunately, the African Penguin is classified as an endangered species due to pollution, irresponsible tourist activities, and over-fishing.

Luckily, Boulders Beach and the beaches surrounding the area, form part of the Table Mountain National Park Marine Protected Area. This status helps protect the penguins from extinction and keeps the beaches clean and safe.

Boulders Beach isn’t just a place to visit penguins – you are able to swim in the ocean and explore the rock pools. It is also the perfect place to have a picnic with family and friends.

Before you visit the beach, please read the important notices from SANParks. 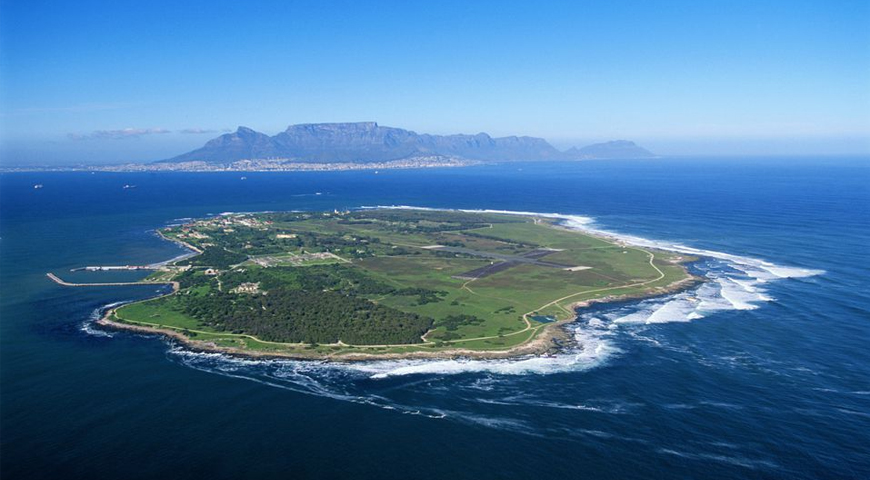 Mostly known for being the place where former South African president and humanitarian, Nelson Mandela, was incarcerated for 18 years, Robben Island was also home to other prisoners who were banished and isolated, used as a mental hospital, a post office, and an outpost.

Located in Table Bay, a few kilometres west of Bloubergstrand, Cape Town, the island encompasses an area of 5.08 km². The island is also known as Robbe Island, which is Dutch for “seal island”.

Before the arrival of people, the island was inhabited by various wild animals including seals, penguins, birds, and tortoises with an abundant supply of fresh water from numerous springs.

In 1488, Robben Island was discovered by the Portuguese explorer, Bartholomeu Dias, when his ship was anchored in Table Bay.

In 1652 it became a trading post where ships would replenish their water and meat supplies. People also exchanged mail by leaving their letters underneath a stone for collection by a home-going vessel. The Dutch later used the island as a livestock pasture.

In 1671, the island became a convict station where prisoners, including royalty and religious leaders, were banished to for refusing to abide by the Dutch rule at the time.

In 1812, the island was used as an asylum for the mentally ill, but was closed in 1931 for various reasons.
In 1961 it became a prison once more – housing Nelson Mandela, and many other black anti-apartheid activists.

In 1999, the island was declared a World Heritage Site with the buildings on the island reminding us of its tormented history, but also representing the power of the human spirit, freedom and the victory of democracy over oppression.

Things to do on the island 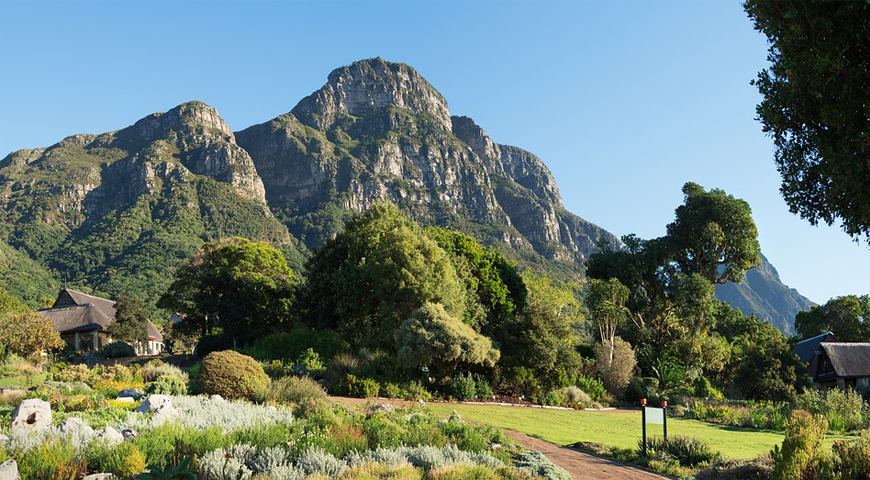 Situated on the eastern foot of Table Mountain, Kirstenbosch is a botanical garden home to thousands of plant species. As one of ten National Botanical Gardens covering South Africa’s six various biological communities, the garden is one of the greatest botanic gardens in the world.

How the Garden was founded

In 1903, Harold Pearson came to South Africa to fill the chair of Botany at the South African College. While there, he realised that Cape Town was in need of a botanical garden. Pearson thought it best to establish the garden at Groote Schuur Estate where it would be linked to the South African university.
In 1911 an enthusiastic gardener and botanist, Neville Pillans, brought Harold Pearson to Kirstenbosch, to convince Pearson that the area was a better option for the establishment of a garden. After seeing the area, Pearson agreed.

In May 1913, the estate of Kirstenbosch was set aside by the government for the establishment of a National Botanical Garden. On 10 June 1913, the Botanical Society was formed and its first meeting was held on 31 July 1913. It’s core purpose was to urge the public to assist with the development of the garden and provide botanical education.

Walk the Boomslang
Sounds strange, right? In this case, The Boomslang is no reference to a poisonous snake, but the fond nickname of the garden’s 130m-long, slithering tree-top walkway. The walkway has breathtaking views of Cape Town and the entire garden.

Have a Picnic
Kirstenbosch abounds with lush lawns and other grassy areas, perfect for a packed picnic during your strolls through the garden.

Free Guided Tours
Kirstenbosch doesn’t only contain abundant flowers, trees and lawns – it is also home to various medicinal plants, endangered plants, and indigenious species. Be sure to take a free guided tour and experience everything Kirstenbosch has to offer.

Waterfall
Who doesn’t love a waterfall? If you follow the Yellowwood Trail, you’ll reach a waterfall where the gardens converge with Table Mountain. It’s a great place to take a cool break from the heat during warm summer months. 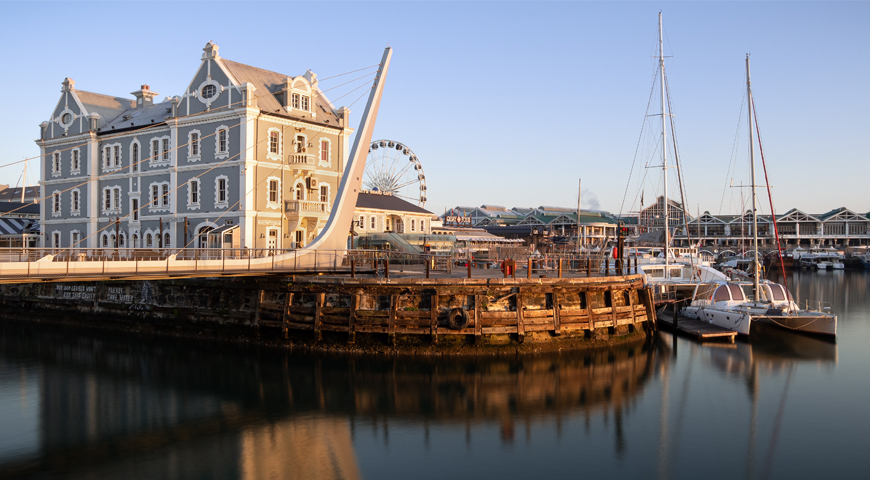 The ever-popular Victoria & Alfred Waterfront, where the city meets the ocean, is packed with tourists and locals alike, all wanting to dine and be entertained. It’s one of the most visited destinations in Cape Town, attracting over 24 million people each year.

The V&A Waterfront is the perfect place for any activity – whether you’re looking for a space to work, or simply to live, eat and play. The Waterfront spanning 123 hectares, is situated in Cape Town on the Atlantic shore, surrounded by Table Mountain, the City of Cape Town, and Table Bay Harbour.

The V & A Waterfront is in the oldest working harbour within the southern hemisphere, offering views of Table Mountain, the ocean, and a peek of the Hottentots-Holland Mountains.

Cruises
From a romantic sunset cruise for you and your partner, to cruising all the way to Robben Island, you’ll find a package for any type of occasion.

Helicopter Rides
You’ll be able to view Cape Town and the Peninsula from above with the various helicopter rides available at the V & A Waterfront.

Aquarium
Dive with sand tigers and other fish at the V & A Waterfront’s popular Two Oceans Aquarium. You’ll also have the opportunity to feed fish from the Kelp Forest Exhibit – one of the best displays in the entire world.

Gemstones
Visit the popular Scratch Patch at the Waterfront where you’ll see gorgeous gemstones. You are able to purchase your own as well!

Would You Like to Experience The Mother City Yourself?

As South Africa’s second-largest city, Cape Town’s majestic Table Mountain overlooking the City Bowl, buzzing waterfront, botanical gardens, white beaches, and Robben Island beyond, are top destinations when visiting one of the most beautiful cities in the world. These exciting places are a must-see, and should herald the start of an unforgettable adventure for any type of traveler to the Mother City.

Get in touch to book your Cape Town tour today.