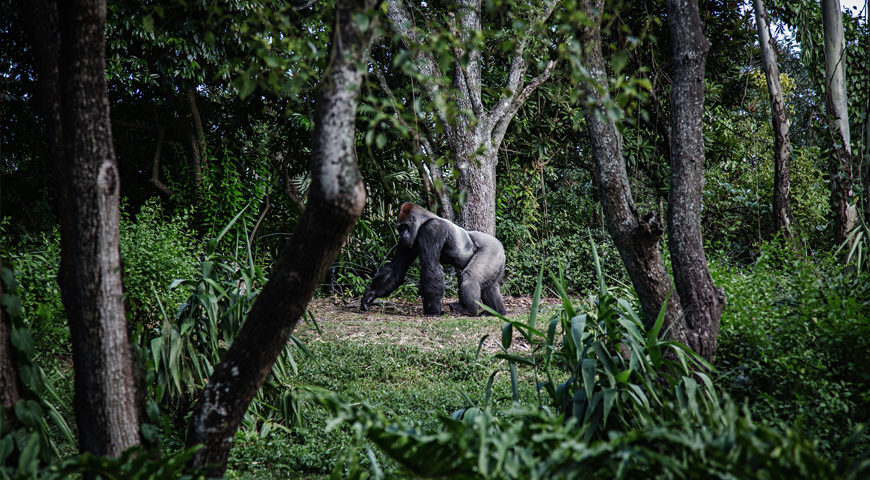 The Mighty Mountain Gorilla From Africa

The prominent mountain gorilla, with its long hair and short arms, is one of the larger, types of gorilla out there. These powerful creatures mostly live in the forests of the Virunga mountains in central Africa and only a few of them still remain in the wild.

Gorillas are mostly vegetarians, but like most primates, they are not above the occasional piece of meat. Top foods on their lists are fruit, tree bark, roots, and pulp.

These mammals have an average life span of 35 years in the wild but they have the potential to reach the age of 54 in captivity.

Where the name Gorilla came from

The Carthaginian admiral, Hanno the Navigator, went on an expedition, with a fleet of 60 ships from Carthage (known today as a suburb in the city of Tunis, Tunisia) down the western coast of Africa.

After sailing several days, the admiral came across “savage creatures”. He described these creatures as hairy and aggressive, and his interpreters called the creatures “gorillai”.

Mountain gorillas live on the volcanic slopes of Uganda, Rwanda and the Democratic Republic of Congo. Although mountain gorillas don’t have many natural predators, they are in constant danger of human violence.

There are many conservation initiatives in place which aim to grow the mountain gorilla populations, and the numbers show that the conservation efforts are paying off.

But the threats of poaching and habitat loss still affect mountain gorillas on a daily basis. 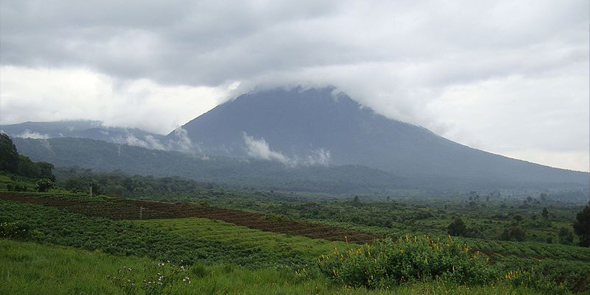 According to National Geographic, mountain gorillas are critically endangered which means they’re at extremely high risk of extinction.

Mountain gorillas face threats which continue to threaten their numbers. Some of these threats include:

When humans clear an area near the mountain gorillas’ habitat for livestock or agriculture, they start to minimize the space the gorillas have.

Poaching is very harmful to gorillas as they are already critically endangered. Gorillas sometimes get caught in traps set by poachers which result in injury and later, death. Other reasons gorillas fall prey to poachers are:

The production of charcoal closely ties with habitat loss for gorillas. This (often illegal), multi-million dollar industry has destroyed the habitat of these primates. People near the gorillas, harvest charcoal to use as a fuel source for heating and cooking.

When gorillas come into contact with humans who have a disease, they experience it in a more severe form. A gorilla can die from having a common cold. The unvisited gorillas have a larger risk for disease than those often visited by tourists and researchers.

Mountain gorillas have the ability to climb trees but they’re usually on the ground surrounded by up to 30 other individual gorillas. A fascinating fact about these troops is that they’re divided into social structures.

A troop is led by one dominant, stronger alpha male gorilla. Adult gorillas are referred to as silverbacks because of the silver hair decorating their fur. Other types of gorillas included in the troop are young females, young males, and their offspring.

The troop leader is in charge of activities such as nesting in leaves, eating, and moving the group within the 0.75-to-16-square-mile range of their area.

Fun Fact: Mountain gorillas are wanderers, don’t have a fixed area which they call home. Each night they move to a different territory and set up camp there.

Alpha males usually challenge each other’s strength to show who is the more dominant of the two. They customarily throw things, pound their chests while bellowing frightening roars or powerful hoots or stand upright. Despite these challenges between alphas, gorillas are generally very shy, calm, non-aggressive animals unless disturbed. 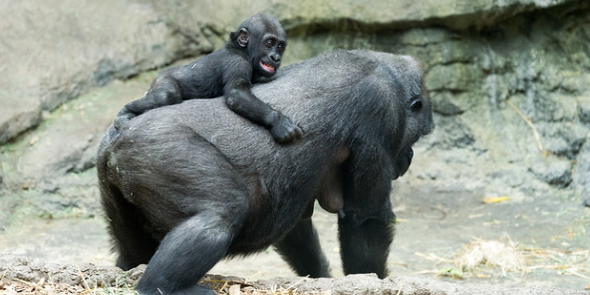 Like humans, female gorillas also give birth to one infant after nearly nine months. An infant weighs around 4 pounds (1.8kg) which is a large contrast to their adult sizes. From the age of 4 months until 2-3 years, these infants ride on their mothers’ backs by clinging to their fur. Gorilla mothers will also fight to the death to protect their newborns.

Young gorillas remind human observers of children because of how they spend their day climbing trees, chasing each other or just playing around. 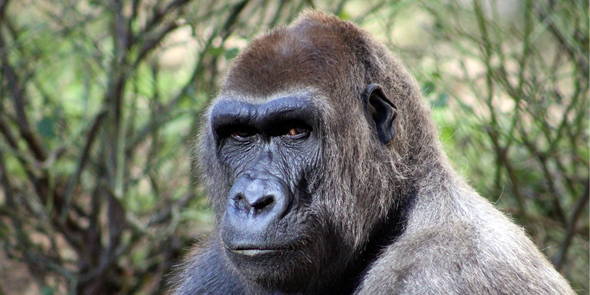 Mountain gorillas have shown significant intelligence over the years they have been closely studied while in captivity. These creatures have learned to communicate with humans through simple sign language.

Although mountain gorillas massively exceed humans in body size, their brain size is only one-third of the human brain’s size. But the size of the brain doesn’t indicate animals mental abilities.

Bonus Fact: Humans have the heaviest brain of all the primates. It weighs approximately 1.25 kg. However, a gorilla’s brain only weighs 500g.

9 Interesting Facts About The Mountain Gorilla

Gorillas share 98% of their DNA with humans. It’s quite an odd fact considering they’re covered in fur, walk on all-fours, and are double our size.

2.Mountain gorillas only live in Africa

The gorilla population is spread across different national parks. One population is in Mgahinga (Sout-West Uganda), Volcanoes (North-West Rwanda) and Virunga (Eastern Democratic Republic of Congo). The other population can be found in the Bwindi Impenetrable National Park (Uganda).

3.Silverbacks ensure safety for the group

Other than maintaining order or deciding activities for the group, these silverbacks protect their group from danger.

These female primates are quite young when they give birth to their first infant. Like humans, female gorillas can also carry one or two babies at a time.

They can cry when they get hurt and they also laugh when tickled. Isn’t it remarkable?

Almost all their hydration comes from eating plants. Luckily they’re surrounded by tons of plants to choose from.

7.Males consume A LOT of food

8.Mountain Gorillas have their own doctors

It makes sense that these endangered creatures have their own physicians to make sure their health is 100%. This will play a role in increasing their population numbers.

Gorillas might look fat, but they’re not. They mainly live on a plant-based diet and their stomachs are large because they need the space to consume the 50 pounds of food.

These mighty beasts are quite extraordinary and many people don’t realize that they play a vital role in their environment. Without gorillas, the natural balance in the food chain would be turned upside-down.

The locals in central Africa benefit from mountain gorillas with tourist visits. A single gorilla can generate a large tourist income over its lifetime which could help with the local community and also the protection of these primates.

Visit Africa Travel Co. for a chance to meet the mountain gorilla and help the species grow their small population.