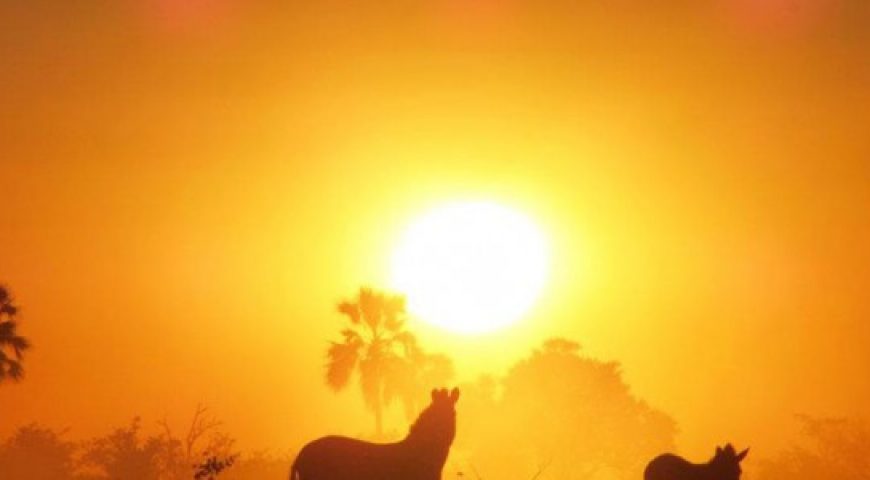 1. Africa is not a country, it is a continent that consist of 54 countries.

2. Africa is the world’s second driest continent (after Australia).

3. The African continent has the second largest population in the world, at about one billion people.

4. The largest religion in Africa is Islam, followed by Christianity.

5. Cairo is the continent’s largest city.

6. The world’s largest land animal is the African elephant.

7. The fastest land animal in the world, the cheetah, lives in Africa.

8. Africa is home to the world’s largest reptile, the Nile crocodile.

9. The gorilla, which can be found in the continents jungles, is the world’s largest primate.

10. Victoria Falls is the largest waterfall in Africa; it is 355 feet high and one mile wide.

11. Mount Kilimanjaro is the highest mountain on the continent.

12. Nigeria is the most populated country with over 145 million people.

13. The Fish River Canyon in Namibia is the second largest canyon in the world.

14. Lake Malawi has the largest number of fish species in the world – over 500.

15. Lake Victoria is the largest lake in Africa and the world’s second largest fresh water lake.

16. South Africa is home to the world’s smallest succulent plants (less than 0.39 inches) and the largest (the baobab tree).

17. There are about 280,000 windmills on farms across South Africa, second in number only to Australia.

18. Hippos are susceptible to sunburn, and spend most of their days with just their noses out of water. Their noses have special flaps that close when submerged, and they can stay under water for 25 minutes.