The Great Zimbabwe Ruins are some of the most extraordinary manmade remains in Africa. Formed of regular, rectangular granite stones, carefully placed one upon the other, they are the ruins of an amazing complex. The structures were built by indigenous African people between AD 1250 and AD 1450 believed to be the ancestors of modern Zimbabweans, although a lot of mystery still surrounds these ancient ruins.

The ruins at Great Zimbabwe are remarkable; lofty, majestic, awe-inspiring, timeless. The quality of the building in places is outstanding. It was quite obviously built by craftsmen who took pride and patience in their work and there is nothing to compare with it in southern Africa. The two main areas of stone wall enclosures are the Hill Complex, on the long, steep-sided granite hill and the land below this hill where the Valley Enclosures and the Great Enclosure are situated. The Great Enclosure is the largest single ancient structure south of the Sahara.
The legacy of Great Zimbabwe is widespread throughout the region. The art of building with stone persisted in following centuries so that dzimbabwe (a Shona word possibly derived from dzimba woye, literally ‘venerated houses’) are numerous. There are at least 150 in Zimbabwe itself, probably as many as a hundred in Botswana, and an undetermined number, yet to be found in Mozambique. 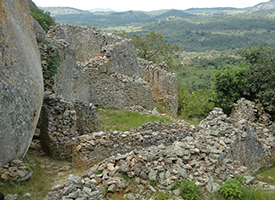 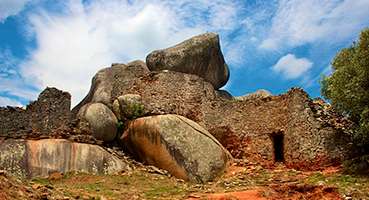 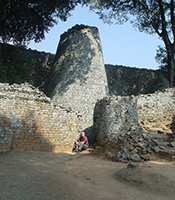 Aspirant sculptors today use the same soapstone to carve copies of the same birds and this has helped launch a stone carving craft characteristically Zimbabwean and these carvings can be found in curio markets throughout Zimbabwe. 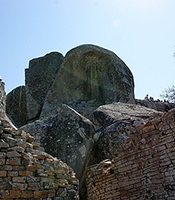 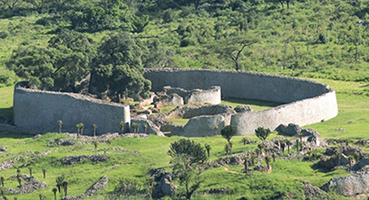 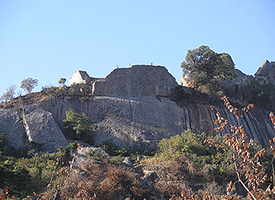