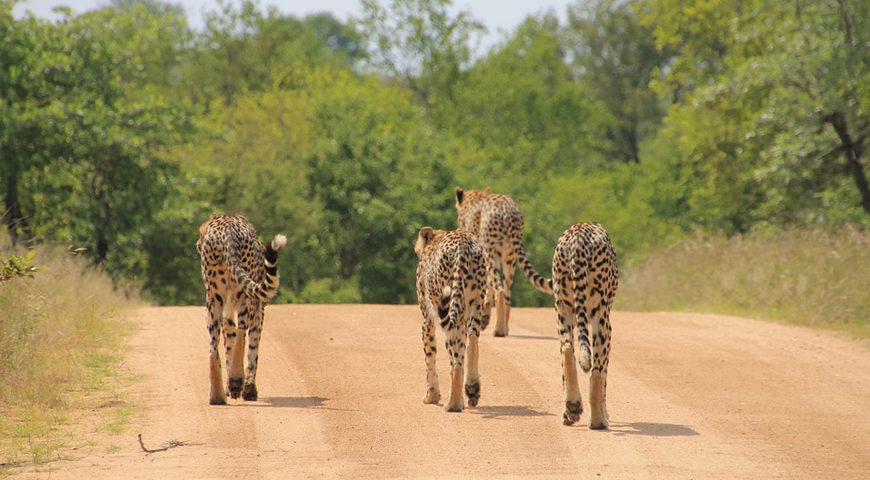 All About the Kruger National Park

Explore open grasslands filled with the Big Five and other game wildlife creatures like birds, zebras, and more when going on a safari through the famous Kruger National Park. Filled with sunny skies and tranquil weather, you’ll absolutely experience the true African landscape.

This extraordinary park has a rich history within the 19,633 km² area.

In 1884, Paul Kruger–President of the Transvaal–saw a need for the Lowveld animals to be protected. However, his plan couldn’t become a reality yet as the area between the Crocodile Rivers and the Sabie was open for restricted hunting. Finally, in 1898, the president’s vision became a reality and the park was established as the Sabie Game Reserve–later renamed to Kruger National Park in 1926.

Some evidence which can be found in the park:

The Kruger has summer rainfall and visitors can experience heavy downpours during these warm months.

During October to April, the park is hot and tranquil. Its winters are mild and warm, however, visitors going on a night-drive will need warm clothing to escape the colder temperatures.

If you’re interested in the park’s Meteorological Records, have a look here. 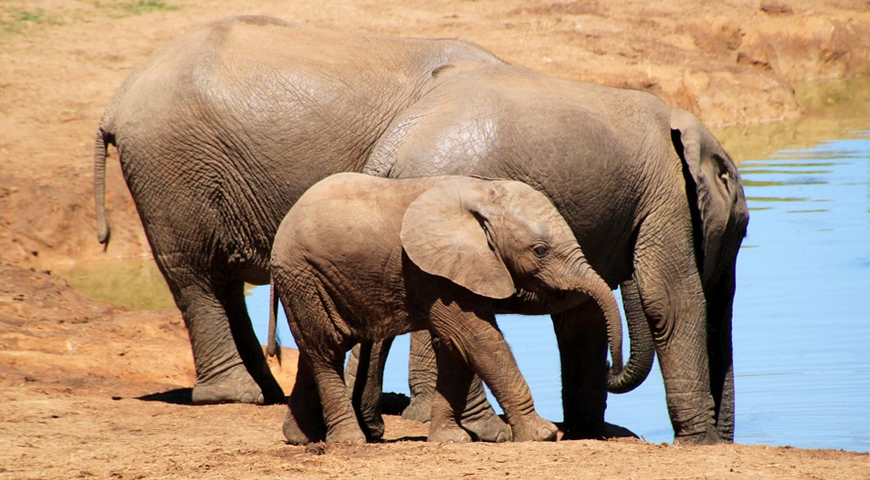 When people talk about the big five in Africa, they are explicitly referring to the lion, leopard, rhino, Cape buffalo, and the African Elephant.

These animals are dangerous because they are incredibly unpredictable, very intelligent, are masters of camouflage, and can be very aggressive. Many of them travel in large groups, making them even more deadly.

Many of these beasts are listed as endangered or vulnerable on the IUCN Red List, but of all the Big Five animals, the rhino is the most endangered.

We all know about the Big Five by now, but do you know who the Little Five are? The Little Five includes game animals such as the:

Elephant Shrew (Elephantulus myurus)
Mostly found in arid lowlands and rocky outcrops, the Elephant Shrew has an elongated snout and can grow a length of up to 250 mm. These insectivores feed on insects, seeds, nuts, and fruit.

Ant Lion (Myrmeleontidae)
A familiar creature in the bushveld, seen digging in soft sand to trap and eat its prey, ants. In its advanced stage, the Ant Lion has wings and can sometimes look like a dragonfly.

Buffalo Weaver (Bubarlornis niger)
If the Buffalo Weaver sounds like a buffalo but smaller, you’re wrong. These busy social birds build their nests in tall trees and are known to be rather noisy creatures. Their nests are mostly made of coarse grass and untidy twigs.

Leopard Tortoise (Geochelone pardalis)
Such a funny name for this animal, but the Leopard Tortoise gets its name from its shell covered in black and yellow spots. As one of the largest breeds of tortoise in the world, the tortoise can weigh over 23 kilograms. Males are generally larger than females and their shell circumference can grow up to one metre.

If you’re an avid traveller seeking to experience Africa’s well-known Big Five, Kruger National Park is the place to be. With over 1,500 lions, 48,000 buffalo, 1,000 leopards, and 17,000 elephants, you’re bound to see a handful of these majestic animals.

If you’re not part of the group who wishes to catch a glimpse of the Big Five, there are plenty of other mammals to watch out for. You’ll be able to spot hippos, zebra, giraffes, warthogs, and numerous antelope species.

The Kruger National Park has tremendous diversity in plant life. The park can be divided into 16 macro ecozones. The northern section of the park is consumed by mopane veld while the south is thornveld.

Some plant life found in the park include Baobab, Fever-Tree (Vachellia xanthophloea), Red Bushwillow, Delagoa Thorn, Marula, Mopane, and so many others.

Kruger National Park has around 336 species of trees, which include protected trees such as Adansonia digitata, Boscia albitrunca, and Afzelia quanzensis, to name a few. The park also contains around 34 amphibian species, 507 bird species, and 114 reptile species.

According to the park, there has been an increase in the number of Malaria diagnosis, so visitors must take caution when visiting the national park.

Kruger National Park is one of two– the other one being Mapungubwe National Park–national parks which are considered malaria-risk areas, however the risk is usually low.

Malaria is a disease transmitted through the bite of the female Anopheles mosquito. Between November and April is considered the highest risk period for being infected by the virus.

During the incubation period, an individual bitten by an infected mosquito may not show symptoms of the disease for 12 to 35 days.

Some symptoms of the disease include:

Severe symptoms of Malaria include:

Most mosquitoes won’t carry the parasite and if you’re bitten, it doesn’t guarantee you will be infected with Malaria.

Naturally, to help ensure the park is taken care of, Kruger National Park has daily conservation and entry fees for all visitors.

Would You Like a Safari Through Kruger National Park?

Heading to South Africa’s famous Kruger National Park, where we go in search of the “big five” and many other wildlife species. Get in touch with Africa Travel Co to go on an unforgettable African Safari. 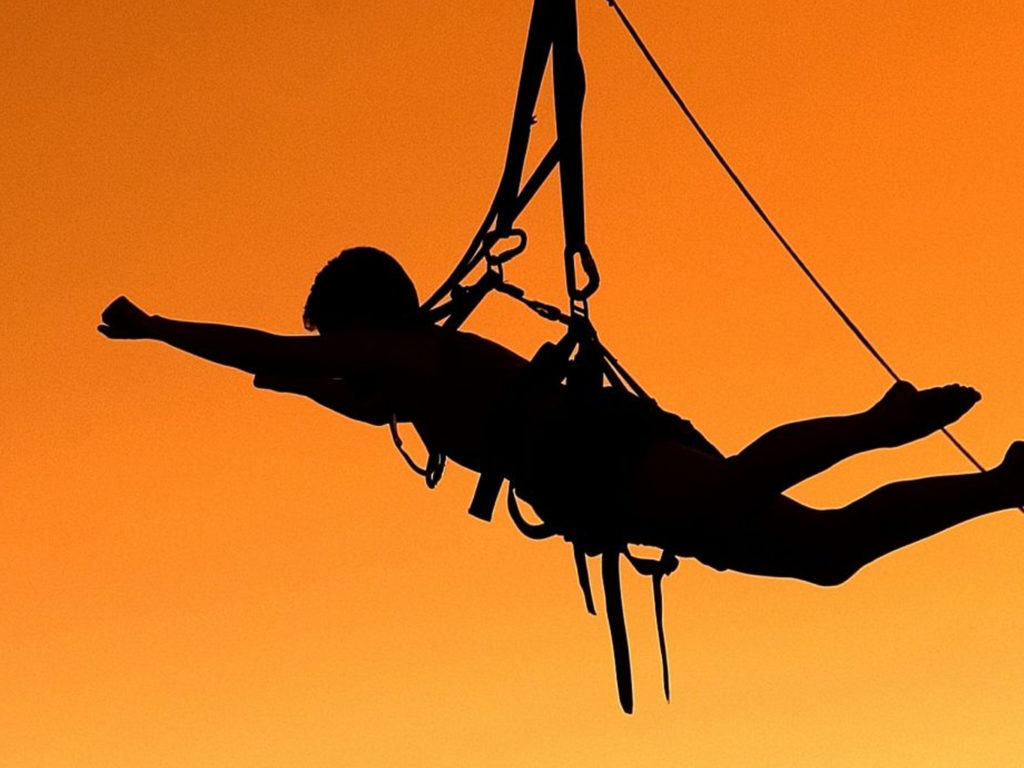 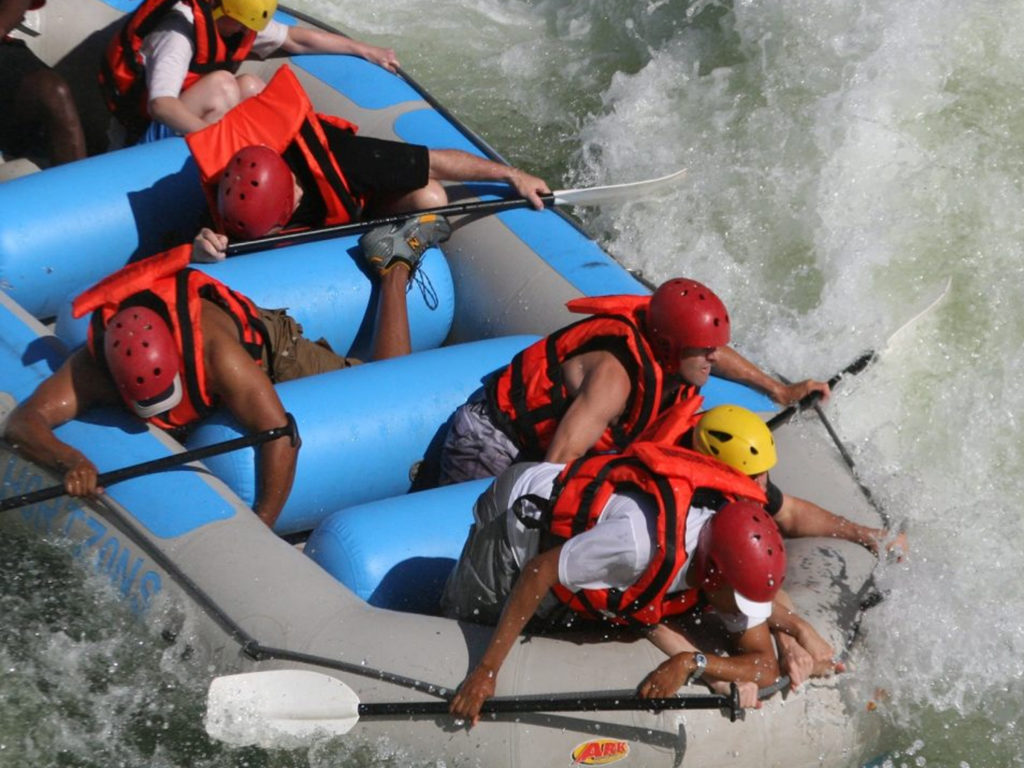